Posted on September 5, 2011 by ergamenis

A week after presenting Nubian Studies in the frame of the 22nd Byzantine Congress of Sofia, new tasks find Alexandros in Chicago! His research trip there was generously supported by a grant from The Institute for Comparative Research in Human Culture in Norway. It concerns a project directed by the President of the Kazimierz Michalowski Foundation, Dr. Artur Obluski.

The town welcomed five years ago its first permanent museum exhibition on Nubia, and some banners still decorate the 55th avenue.

The heart of the Egyptological and Nubiological activity is the renown Oriental Institute of the University of Chicago. Its most active periods in Sudan archaeology were in the frame of the campaigns launched for the salvage of the cultural heritage of Nubia due to the threats of the Aswan and the Fourth Cataract dams. 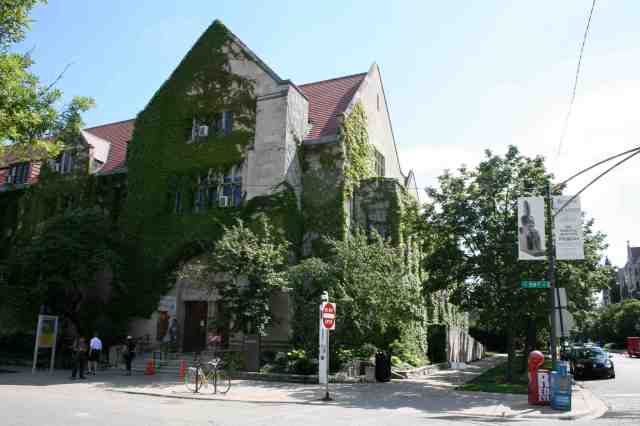 Together with Artur Obluski and Edyta Klimaszewska-Drabot we have taken over the honorable responsibility of publishing the material from the excavation of the Oriental Institute at the monastic site of Qasr el Wizz, next to Faras, on the borders between Egypt and the Sudan. The site was first tested by Keith Seele in 1964 and the excavations were conducted by George T. Scanlon in a six-week campaign in 1965. Although two preliminary reports came out in the Journal of Egyptian Archaeology of 1970 and 1972, the final publication of this very important site had remained one of the several desiderata of Nubian Studies.

But now the time has come for Qasr el Wizz to find its rightful place among the known treasures of Medieval Nubia, the volume(s) of its publication to be added to the lavish series of the Oriental Institute of Chicago and perhaps more objects from the fascinating site to be added to the very fine display of antiquities from Medieval Nubia that are exhibited in the Museum of the Oriental Institute.

The Medieval Sai Project will not be presenting any further activities from the work in Chicago, but will hopefully constitute a useful comparative basis for the setting of the site of Qasr el Wizz in the cultural context of the Nobadian and the Makurian kingdoms.

4 Responses to Nubian Studies in Chicago